The (first) No’madd saga concludes, as No’madd: The City of Empty Towers #6 (of 6) can now be preordered online or at your local comic book store.  (Previews Code: OCT221484.)

“No’madd has been beaten, bloodied… and he’s dying. His body and axe are broken beyond any hope of repair. Does he truly have what it takes to rise as the unconquerable champion of Planet Ith?” 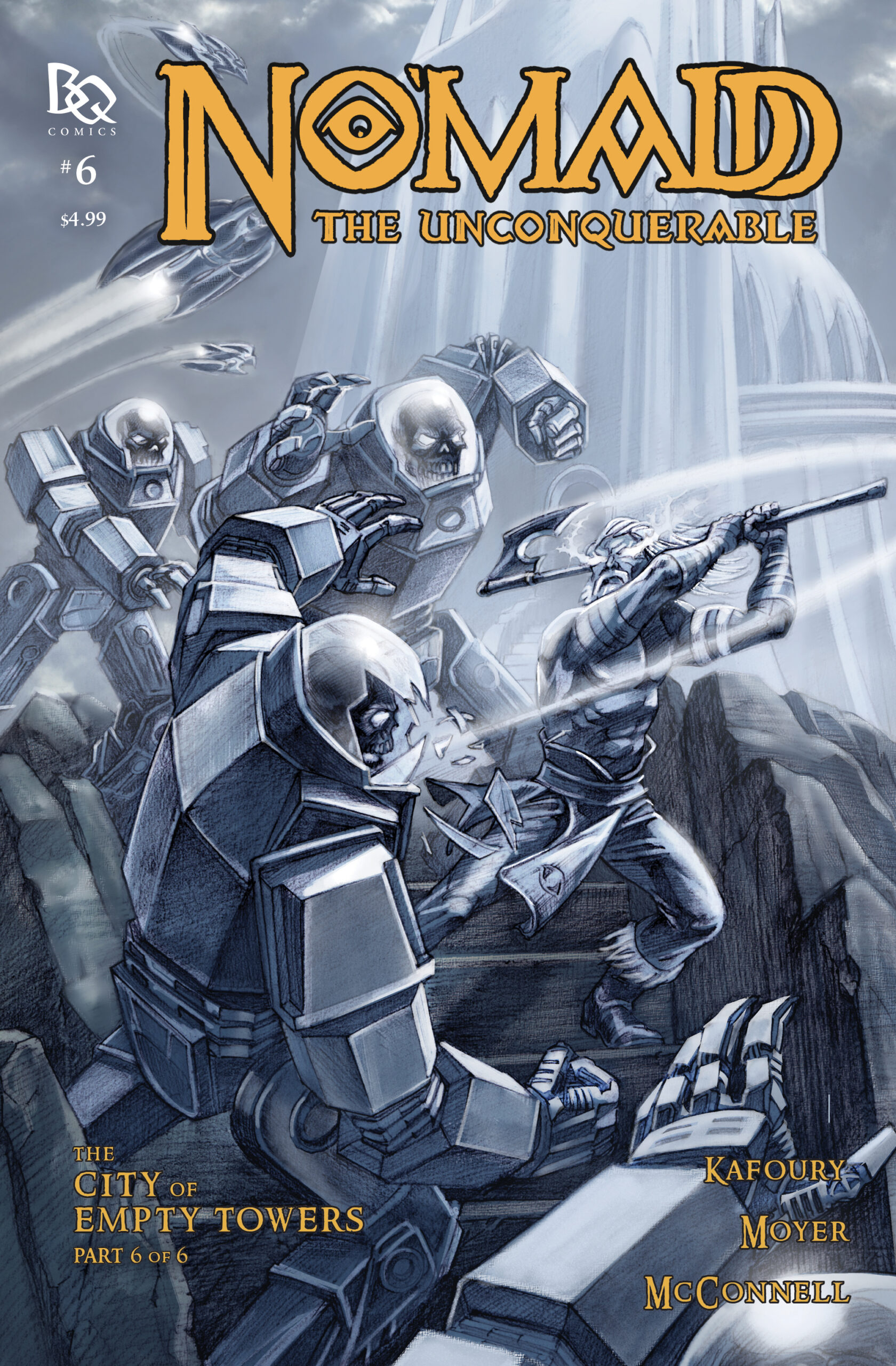 IN THE BACK of this single issues you can find the original Battle Quest Mini-Comics: From The Scrolls of Battle Quest, called No’madd: The Final Battle…and it tells the story of No’madd confronting the hostile forces of the dreaded V-or Armada. 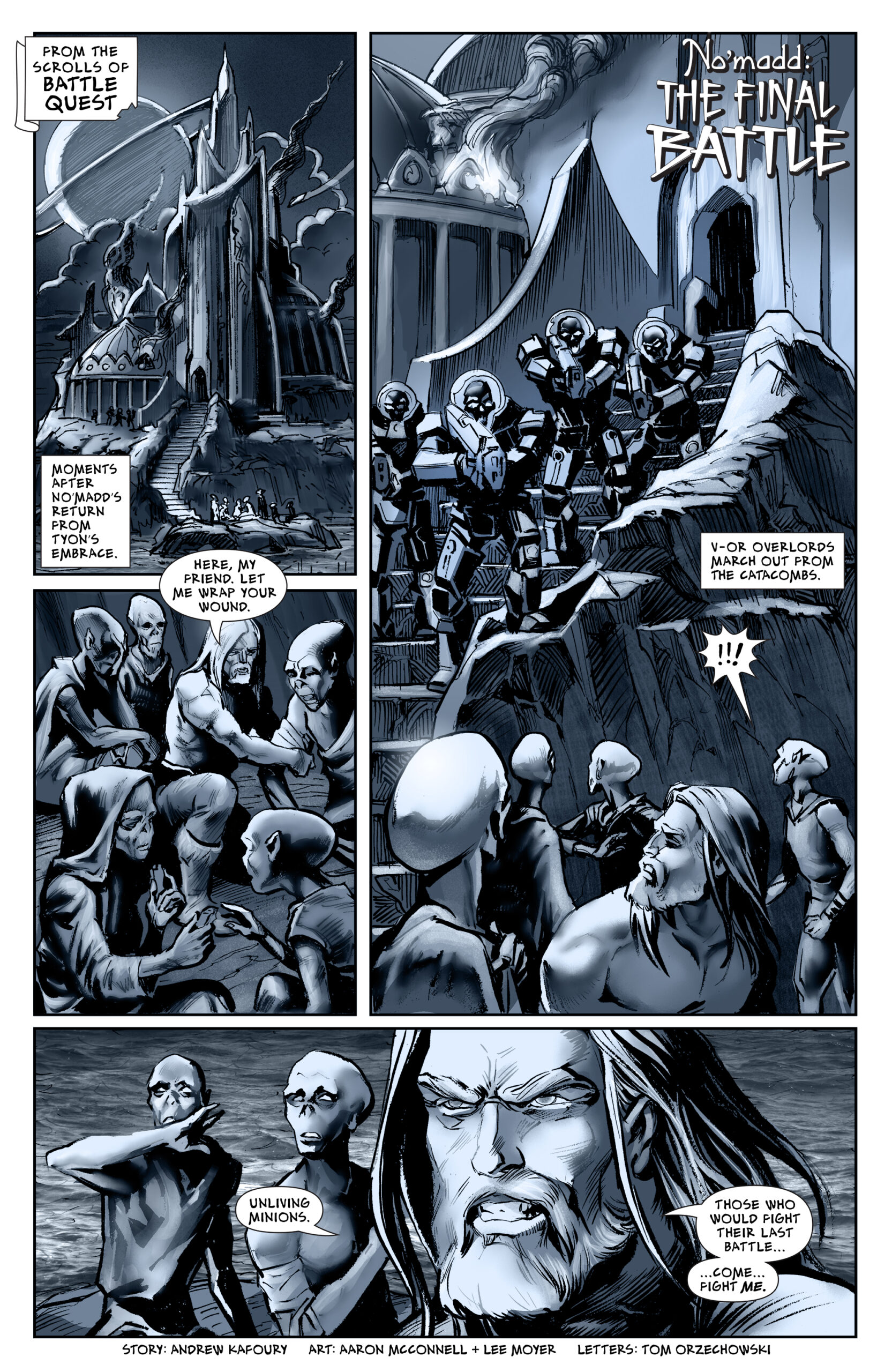 Thanks to your amazing help, Battle Quest Comics has been called “an indie comics success story” by Diamond Distributors.  And we have two more new series, three trade paperbacks, plus a Battle Quest Epic all lined up for 2023…and beyond.

So prepare yourself, warriors…the storm is coming.