Our saga of sword a sorcery versus alien invaders continues as No’madd: The City of Empty Towers #5 (of 6) can now be preordered online or at your local comic book store. (Previews Code: SEP221424.)

“No’madd has discovered the aliens’ terrible secret in the catacombs below the empty city. How can he persevere in the face of such overpowering evil? How can he save the people he loves, if he cannot even save himself?” 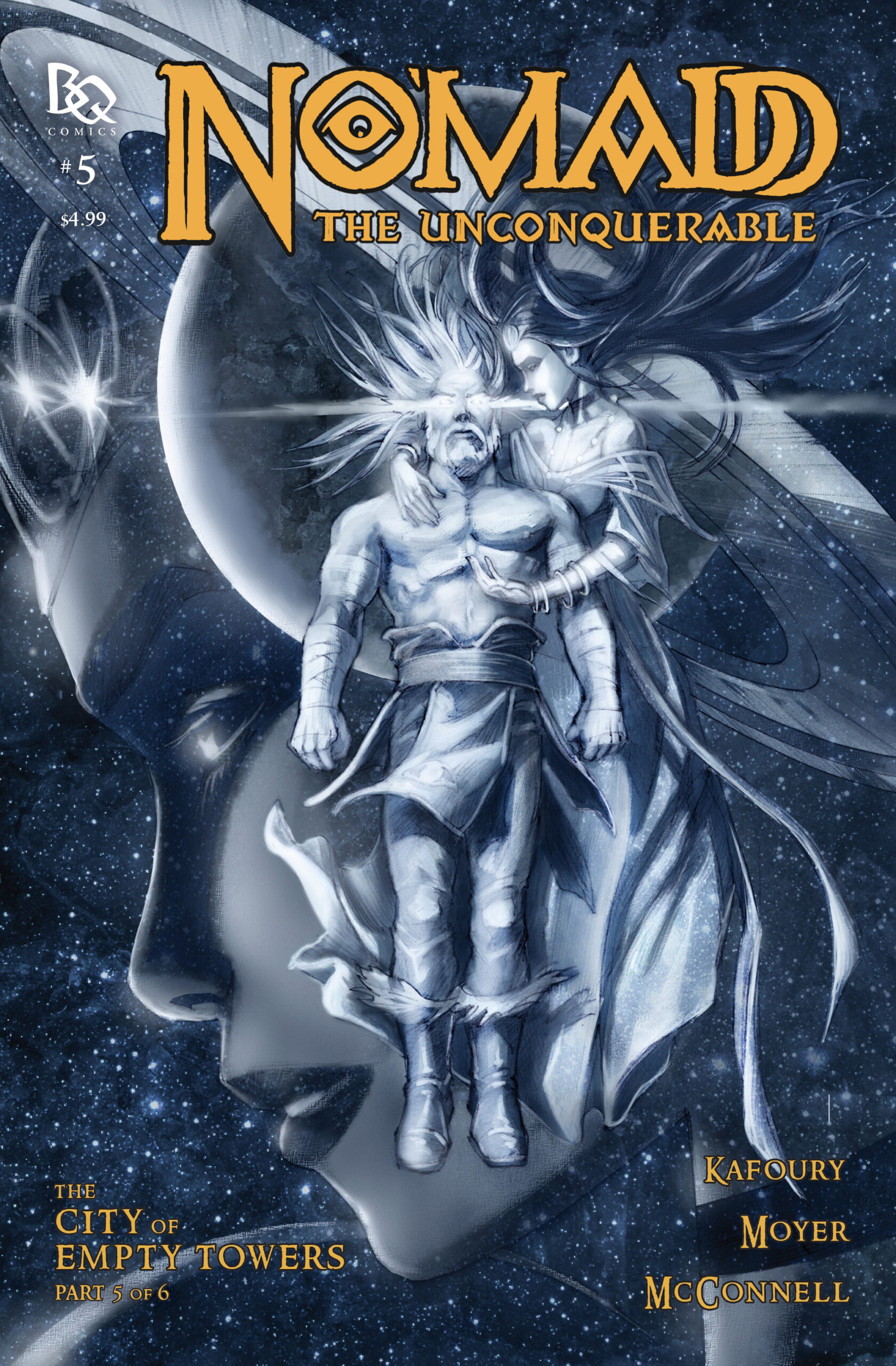 ONCE AGAIN: In the back of each single issues you can find original Battle Quest Mini-Comics: From The Scrolls of Battle Quest, illustrated by Aaron McConnell.  These collectable, never seen before mini-comics feature original stories from the No’madd universe.

Check out a PREVIEW of new SCROLLS of BATTLE QUEST: 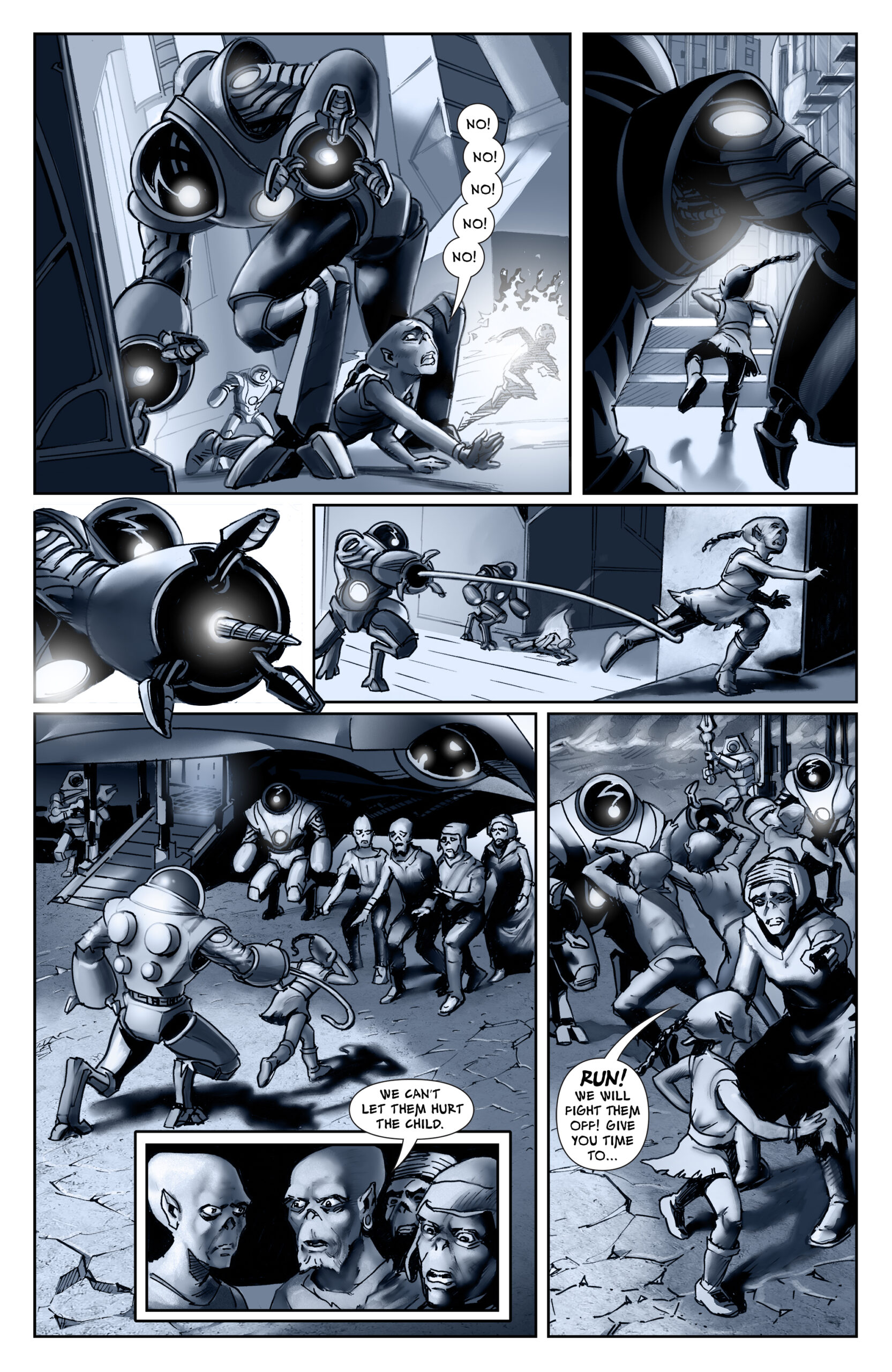 That above image sure looks like a job for No’madd!

And as always, we will have new comics in Diamond Previews every month.

Let the battle rage on!