Very excited to announce that while Battle Quest Comics™ has been publishing for almost a decade, we just inked a deal with Diamond Comics for an initial three year publishing slate.

Not only will Battle Quest Comics™ be at local shops soon, BQC will be at an array of conventions this year to reintroduce itself to the public, including New York Comic Con, Emerald City… and many more. 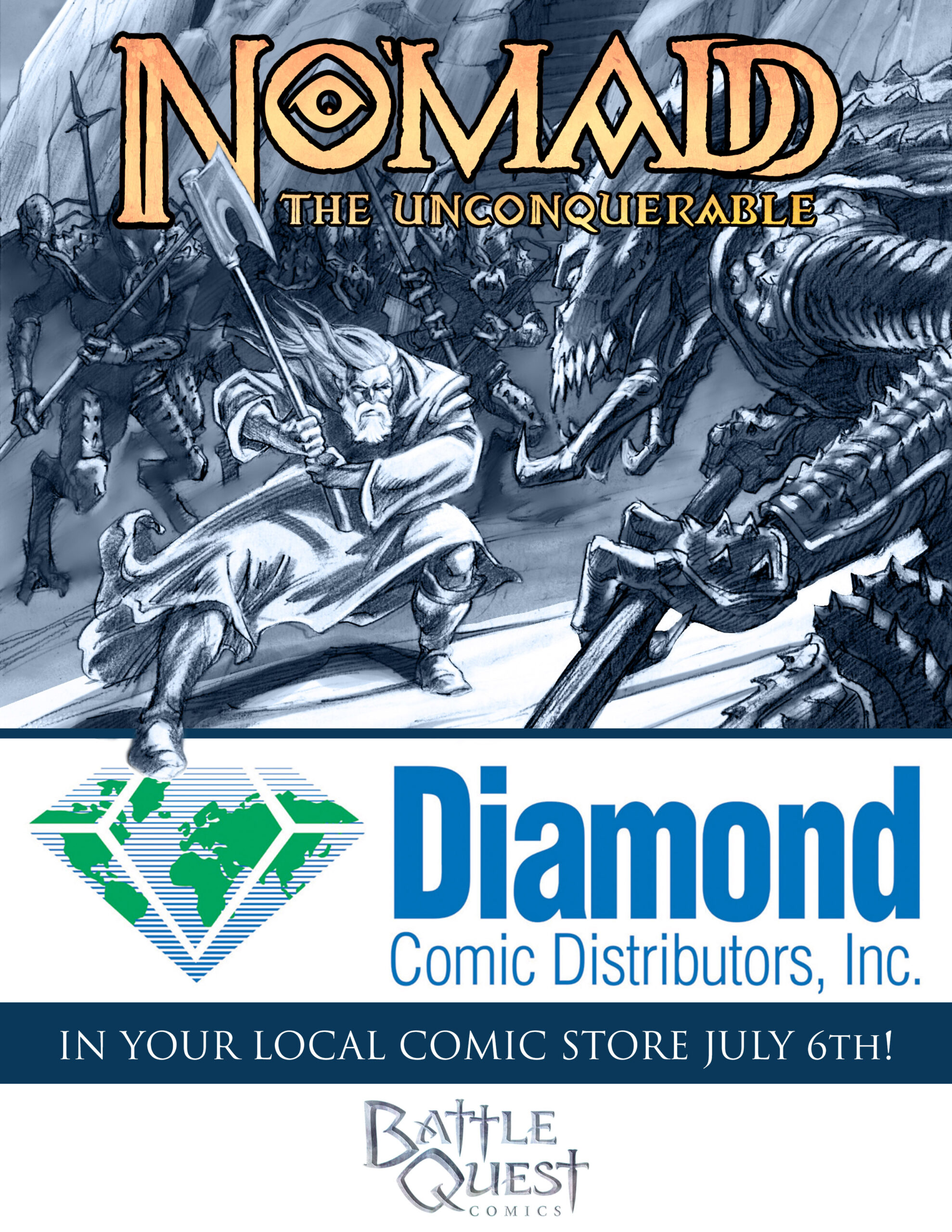 Please keep an eye out for us in PREVIEWS from Diamond Comics coming in May.