Lettering is the most important, and delicate part, of any comic book presentation.  Battle Quest Comics is lucky to have the legendary Tom Orzechowski letterer our debut title No’madd: The Unconquerable.

Tom is responsible for the classic run on the Uncanny X-Men and The New Mutants, where he placed Chris Claremont’s words onto the page, and he currently letters Spawn for Todd McFarlane and Green Lantern for DC Comics.  Tom is one of the great living legends of American Mythology whose works inspired me as a child and whose work will be read for centuries to come.

Tom told me that: “Back in the day…” he lived in California and he would be mailed the black and white comic art on large pages and then he would letter each page BY HAND using an India-ink fountain pen.  Then he would mail the pages back to New York City to Marvel headquarters.  He had no idea what happened to the pages next – only that the comics appeared in print with all colors, inks, and letters.  Tom lettered multiple books a month by hand.  Today he letters on a computer with Adobe Illustrator.

I love the way Tom lettered this page below.  The page shows No’madd, his son Taron, as they face the Moon Goddess Tyon, who is also No’madd’s wife and Taron’s mother.

Normally I do not like “epic” images of a character’s back as they face a distant sight, but because Tom’s letters enable complicated story points to move across the page seemingly without effort, I feel in this instance it works!

The comic letterer is like an electrician or an engineer.  They help our civilization move forward and yet you never even notice they are there! 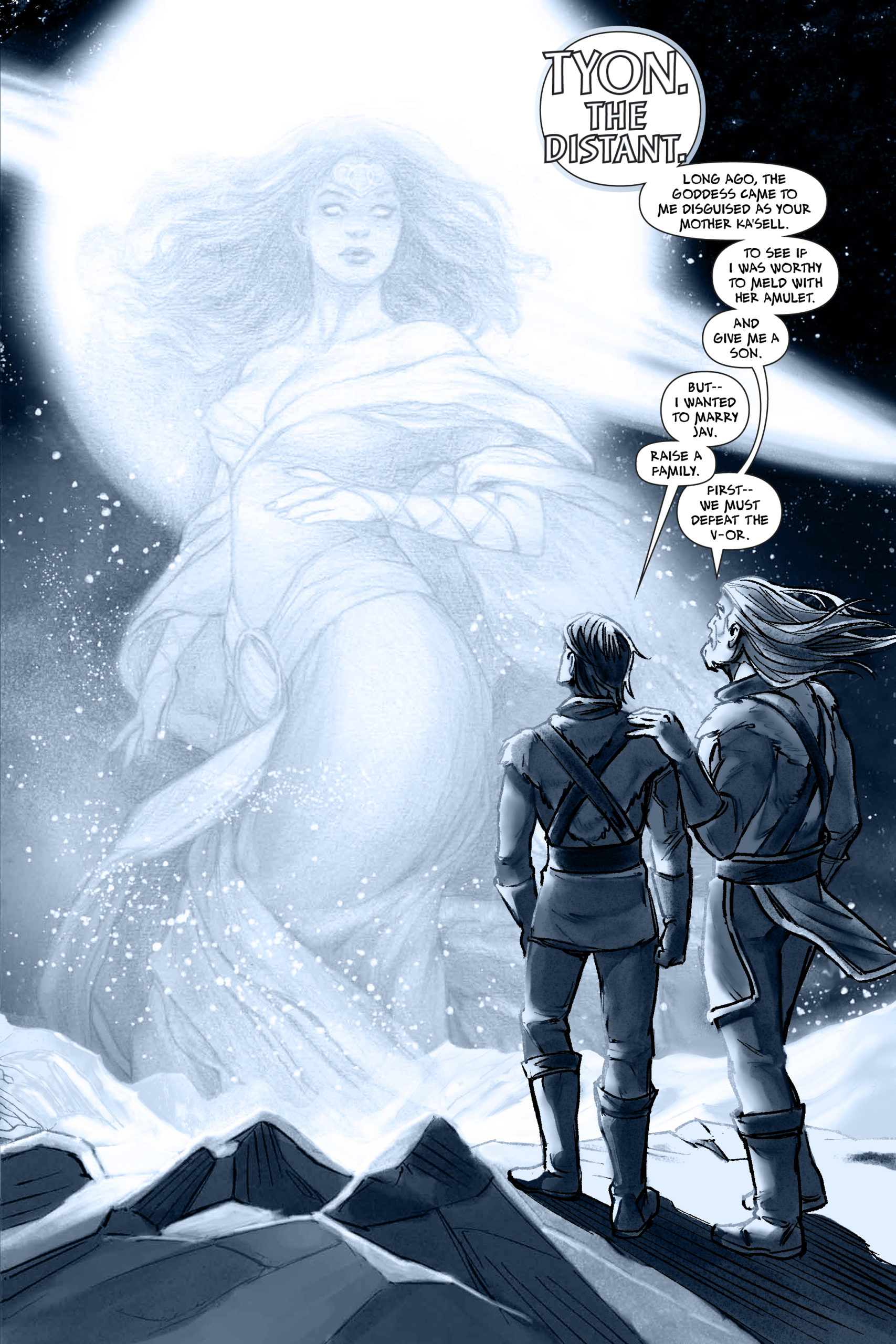